monitoring some time more ....
the BEACON gives a PEAK MER of 12.0dB in the cold morning hours
the screenshot shows the level from 6.april 2020 on the TBS6903 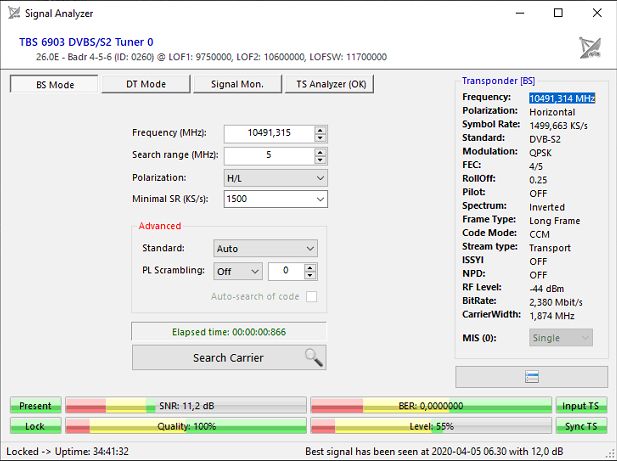 On 25.MARCH 2020 there made changes in the DATV-BEACON Parameters
AMSAT-DL gives the following information... 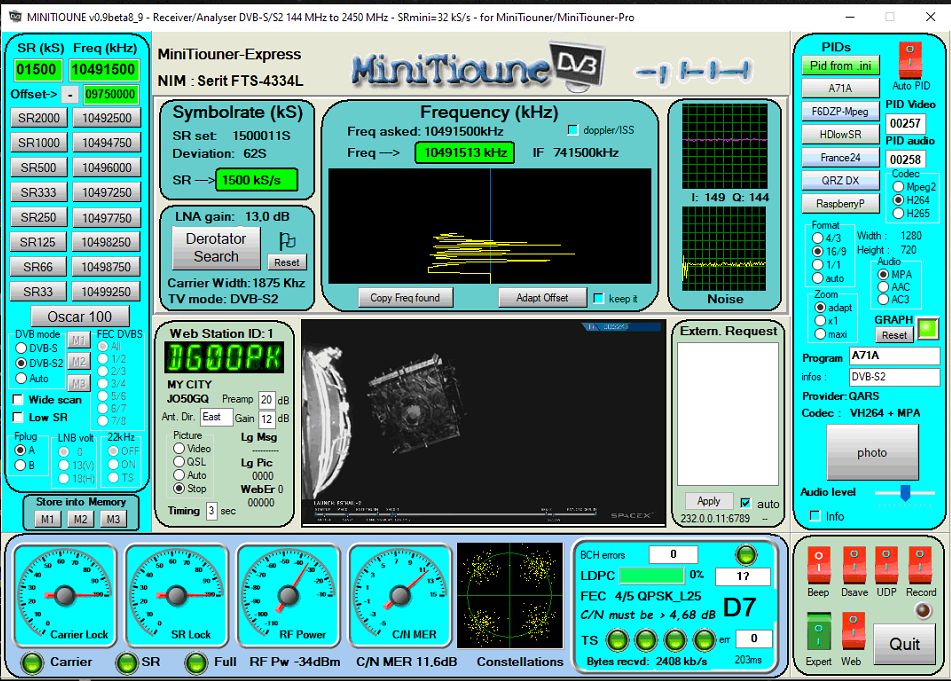 MAIL ME if you are interested (also for modified LNBs)

MEASUREMENTS in beginning of 2019 shows that the (NEW) D75F TCXOs (delivered after mid/end of 2017)
have strong frequency jumps and they are overcompensated over temperature.
So the MODIFICATION with the D75F TCXO can not used anymore! 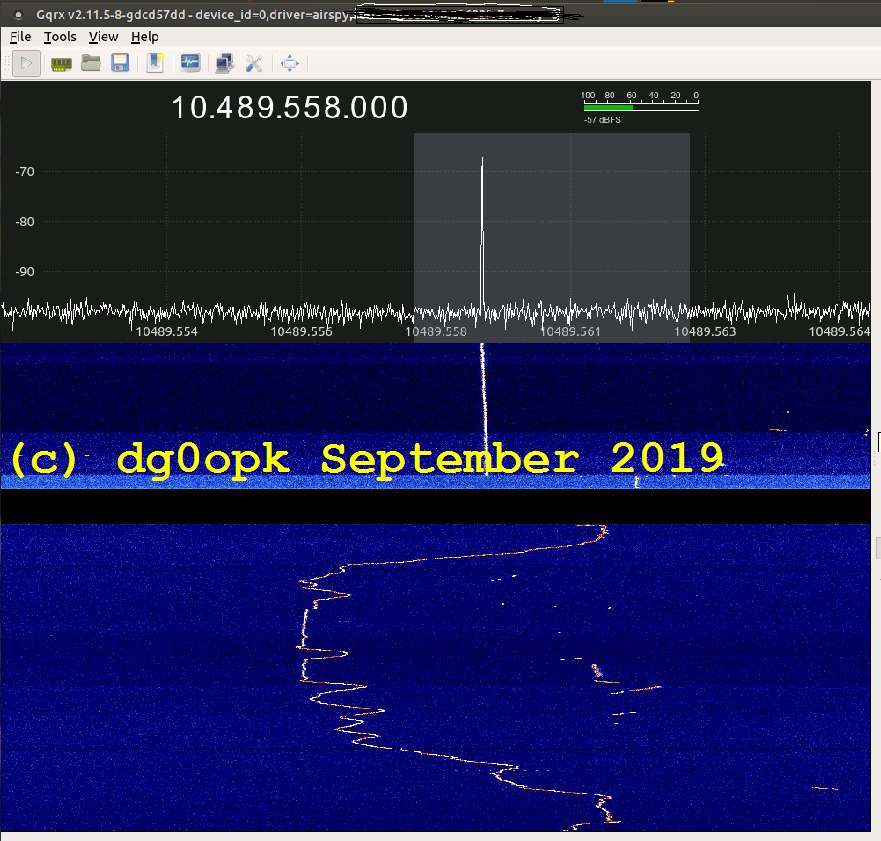 On the market there are also modified LNBs with some "wobbling" which dont work good!

update SEPTEMBER 2019:
i found a good working alternative solution with an very low noise and stable TCXO.
it is working nice with very good reception results for selected LNBs
information is given here

on the wideband transponder i got the following S/N levels
on the DATV BEACON at 10492.5MHz (SR2000 with empty transponder)

NOTE:
I have spent a lot of time and money to verify
which devices work and which not .
This modification was only made for the personal use of
radioamateurs and not for commercial purposes and is without any warranty.

my goal for this work:
It is planned to launch the first geostationary amateur radio satellite after some delay in the beginning of 2018.
Es'Hailsat2 has 2 S-band(uplink) and X-band (downlink) transponders on board. The downlink frequencies of the X-band
transponder are near the commercial TV downlink frequencies. So it is possible to use cheap LNBs from TV for the reception.
In 2013 there were made some observations from radioamateurs that the PLL-LNBs use a simple crystal for the LO and can be
modified for amateur radio use. One of these types is (was - look below) the OCTAGON OTLSO TWIN LNB.
So some modifications with other crystals and also with external reference input were made. But this was not what I want.
I needed an highly stable LNB  for narrowband use  - SSB/CW/digimode and which can be used for normal TV reception without change.
So i decided to try modifiy the LNB with an internal TCXO.


Back to main page